Some of the reading I have been doing lately mentions “The Fear Of The LORD”. As I read I wondered what “The Fear Of The Lord” actually was. What I was reading did not make it clear. I thought I knew…but I just was not absolutely sure. So I decided to see exactly what the Bible has to say.

I used Bible Gateway to produce a list of 28 NKJV references with the exact words, “The Fear of the Lord”. A sample is reproduced here:

Do you see a progression in Jewish/Christian understanding as we proceed from Samuel to Acts? We start with terror and end delighted and walking with this specific fear.
One concept comes to my mind. The ideas C. S. Lewis put into his Narnia series about the nature of Aslan. “He’s not tame, but He’s good” for example. The description of Lucy’s first approach to Aslan (in The Lion, The Witch and the Wardrobe) is exactly what I would call “The Fear of the LORD”. How would you approach a talking Lion? I think the answer would be, “With great respect and extreme care.”

To me, this sounds like ‘respect’ is a synonym for ‘fear’. Just like approaching a Lion. One would probably be ‘trembling’. It seems that ‘respect’ and ‘fear’ both imply a certain understanding that the person who is respected/feared has power and can harm.

But there’s more to this than simple wariness. When we approach God, we should be wary; it is obvious that only a fool is not careful in approaching God. But we see something else in Lewis’ descriptions of Aslan: we can trust the Lion. The quote from Isaiah chapter 11 turns things upside down: this is the description of the reign of the Servant, Jesse’s Branch. We enjoy reading verses 6-9, the picture of a little child leading all the beasts, with the lion and the calf lying down together, eating straw. 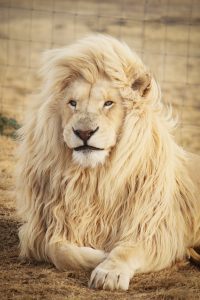 So, in Acts 9, the churches walk in the Fear of the Lord and also in the Comfort of the Holy Spirit. Unlike the Roman Emperor Nero, we can trust our King. There’s no capricious justice with Our Lord. Instead, we know that He is one of us. He died on the Cross for us. That’s because He loves us. Only a King who truly loves his subjects will do that which is best for them.

True, God is like a great talking Lion, capable of destroying both the body and the soul. And so we do fear Him. We would be foolish not to fear such power. However, it seems to me that He likes it when we snuggle up to Him and play with His mane.